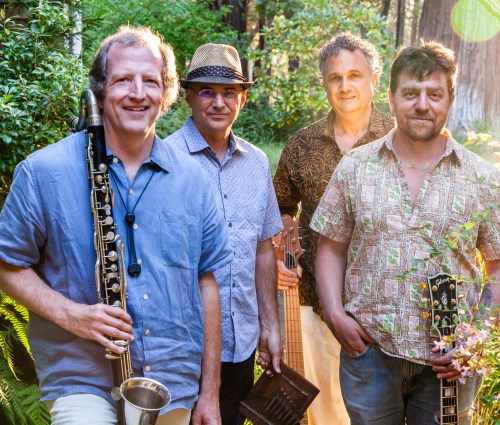 The African-influenced jazz group Tumble is a band in constant motion, much like the music they play—percussive, trance-inducing, their collective groove always evolving. In the year it took the band to record their first album, Music for Trio, and then play the CD release concert, the original three-piece ensemble had morphed into a quartet.

Tumble will be featuring the music from Waves, recorded with local bass legend Bill Douglass, who was a member of the band from 2015 to 2018. They’ll also be showcasing their new bass player, Rob Holland, whose experience as both a bassist and percussionist brings to the group a vast knowledge of Latin American and African musical traditions. Tumble began in 2014 as the trio of Robert Heirendt on mbira (the kalimba-like instrument sometimes known as the thumb piano), Sean Kerrigan on guitar, and Randy McKean on clarinets and tenor saxophone.

Waves brings together many talents. Recorded by Bruce Wheelock at Flying Whale Studios in Grass Valley. The music includes propulsive, multi-layered originals by Kerrigan, freer experimental compositions by McKean and Heirendt, and innovative arrangements by the group of classic tunes by Thelonious Monk and Wayne Shorter. It is the first release on Cure-All Records, a new label created by McKean and former Nevada City resident David Dvorin. 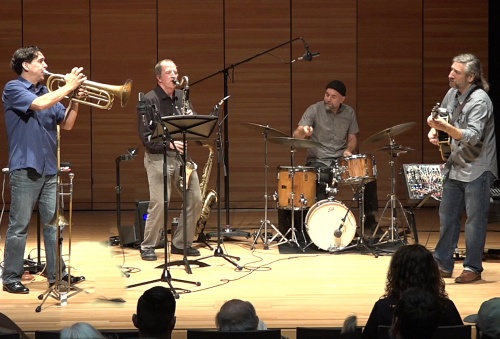 “Innovative compositions, unusual instrumentation, impeccable musicianship and interplay between the four performers – all this adds up to make Flounder one of the most interesting and enjoyable jazz bands you’ll ever hear.” – North State Public Radio

Combining the freewheeling groove and grit of mid-century blues and jazz with the intimacy and instrumental interplay of chamber music, Flounder was originally formed in 2018 to perform a concert of original works by composer David Dvorin at California State University, Chico, where Dvorin is a Professor of Music. The collaboration proved so successful that the four musicians decided to keep the project going, performing and recording Dvorin’s original compositions and unique arrangements that emphasize rhythmic feel along with the more adventurous exploration of harmony and texture.

Consisting of Dvorin on electric guitar and modular synthesizer, Randy McKean on bass clarinet and tenor saxophone, Clifford Childers on bass trumpet, trombone, harmonica and euphonium, and Tim Bulkley on drums, the quartet combines the retro and the futuristic with traditional acoustic and electric instruments sharing sonic space with the percolating electronic sounds of the modular synthesizer. Sounding like a much bigger band due to the players’ doubling on multiple instruments, the quartet exhibits the swing, swagger, and drive of the best Space-Age Jazz, but distinguishes themselves from your average combo by allowing the low end to be occupied by any member of the group.

Combining tight arrangements with creative improvisation, Flounder thrives in a live setting, performing regionally throughout Northern California, including concerts at universities and music schools such as the California Jazz Conservatory’s “Way Out West” series. Their debut release, I’m The Flounder, was release this fall 2021. 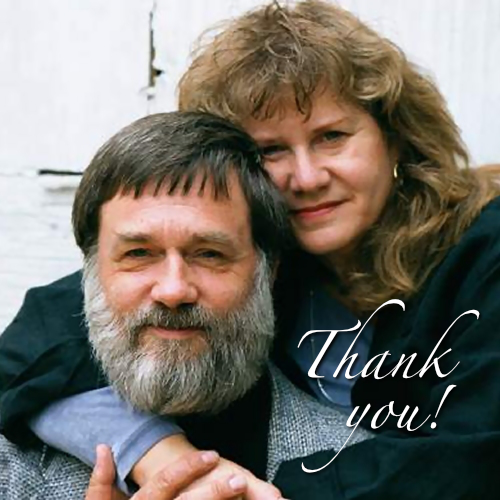 Many thanks to those who joined us for the first annual Bill Douglass & Nora Nausbaum Jazz Picnic in Pioneer Park! It was an memorable evening and your presence helped make it a success!

The Sierra Jazz Society was created in 2003 by Bill Douglass & Nora Nausbaum. Dedicated to Jazz education, presentation and promotion in Nevada County and the surrounding areas, the SJS has had a profound effect on the local music scene and we’re excited to keep the tradition alive AND honor our former artistic director & founder with this new tradition. 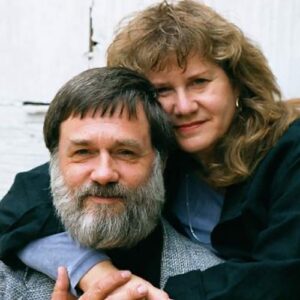 Bill Douglass grew up in Nevada County and made a name for himself on the San Francisco music scene. In a career spanning decades, Bill played with many of the jazz greats including Marian McPartland, Mose Allison, Bobby McFerrin, and Tom Waits, among many others. Bill has recorded over 100 albums and performed on many film and TV scores including The Black Stallion, Disney’s Never Cry Wolf, 1,000 Pieces of Gold, and National Geographic Specials.

After completing her masters in Music at Boston’s New England Conservatory Nora Nausbaum taught at Northern Michigan University and Arkansas State University at Jonesboro. Nora is currently performing with the Amaryllis Trio and is active in the jazz community while maintaining her private teaching practice. 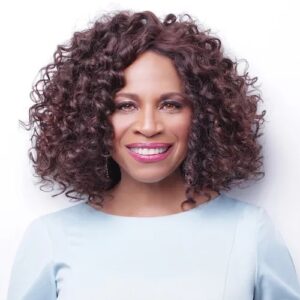 Clairdee has collaborated with some of America’s most celebrated jazz masters. Soulful, swinging, stylish, and with a gift for immediate rapport with her audience. San Francisco-based jazz singer Clairdee embodies the tradition’s twinned legacy of standing for social justice with glamor and guts. “In the tradition of all great vocalists,” said legendary vocalist Nancy Wilson, Clairdee “infuses each song with her own unique style while always remaining true to the song itself.” Her latest album, A Love Letter to Lena, is a deeply personal celebration of the iconic star Lena Horne.

Beth Duncan’s first recording, ’Orange Colored Sky’ established Beth as one of Northern California’s leading jazz vocalists and her 2012 follow-up ‘Comes the Fall’ debuted on the national radio at #26 right below Diana Krall, brought her international recognition, and won an Independent Music Award. More than her beautiful voice, Beth’s vocal interpretations maintain a strong undercurrent of love for life and joyful celebration for her art. 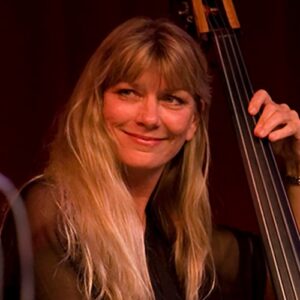 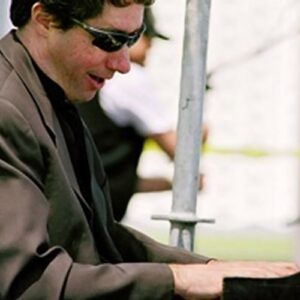 Pianist Ken French has been performing jazz piano professionally for many decades on the San Francisco scene and as far a field as Japan and the Atlantic seaboard. A compelling soloist, thoughtful accompanist, dynamic ensemble leader, and sought after arranger, Ken is a very busy man as in addition to being accompanist, arranger and musical director with Clairdee,
www.triobzf.com/French 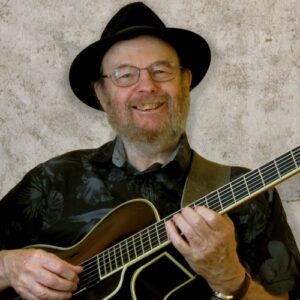 John Girton is well known throughout the world for his work as lead guitarist with the group “Dan Hicks and the Hot Licks.” John recorded 3 albums with the group, and also wrote and arranged material for them. He was also featured as guitarist, saxophonist, clarinetist, and occasional mandolinist with the popular vocalist, Maria Muldaur for many years. John is an instrumentalist, vocalist, recording artist, studio musician, and composer. His original songs are a mixture of jazz, swing, blues and folk music, with a bit of humor thrown in for good measure.
www.johngirton.com 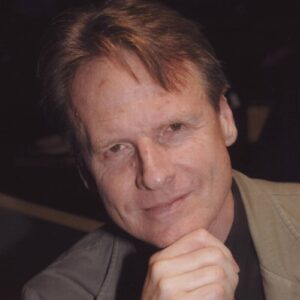 Kit Bailey loves rhythm. Initially drumming in a Scottish bagpipe band at age 11, he subsequently joined school wind ensembles, theater- and ballet pit-orchestras, and symphonic groups, performing with the San Luis Obispo Symphony, Newark-Fremont Philharmonic Society, Santa Barbara Symphony, Music in the Mountains, InConcert Sierra, and Sierra Stages. Drum set being the instrument of choice for big bands, jazz combos, and the occasional rock group, Kit (his nickname long before he could play one) finally got to sit down to play. When he moved in 1988 to Nevada County, with its thriving Congolese and West African dance communities, he was inspired to look “upstream” into African drumming’s influence on North American music (of all varieties), Brazilian percussion, Afro-Caribbean drumming, and even many of the rhythms he first discovered in that bagpipe band. Anyone can play percussion, and every time we play any instrument, we go deeper—endlessly, it seems. Kit looks forward to resuming performing and teaching again, post-pandemic. 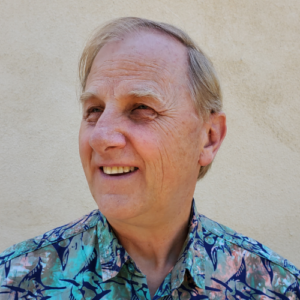 David Clouse began his career playing with Ron Crotty from the Dave Brubeck Quartet and Terrell Eaton from Bonnie Raitt, and spent several years teaching, playing, and touring through-out the United States. Since 2012 David has been living in Nevada County and performs extensively with a long list of people that includes Bill Douglass, Achilles Wheel, Ralph Hammer (from Stevie Wonder), and Dream and the Dreamer, among others. 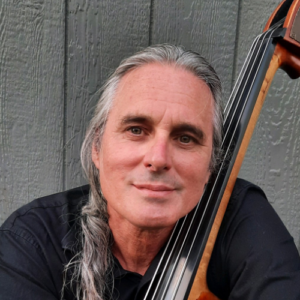 UC Irvine graduate and Claire Trevor Scholarship recipient, Jason Wilkins earned his contrabass performance BA after the first ever perfect score on the jazz final exam. Wilkins studied with Coltrane’s favorite bassist, Dr. Art Davis and received the first Better Advantages for Students and Society (B.A.S.S.) scholarship that Dr. Davis created. Additional studies with Patrick putter Smith and Darek Oles. Jason’s versatile resume includes shows with the rock band “Signs of Life”, the Bently Brothers largest outdoor three ring circus, and “Three Blind Mice”, the house band of the House of Blues in Anaheim. Jason’s has performed with the orchestras of the University of California Irvine, Orange Coast College and the Saddleback symphonic orchestra. He has also worked with the big band 2000. Jason has led his own jazz group The Jason Wilkins group. 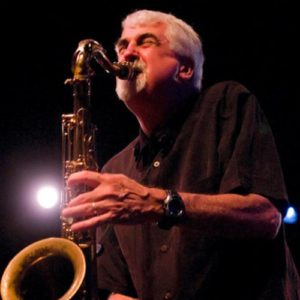 Saxophonist and clarinetist Dave Tidball was born in Wales, became active in the London jazz scene in the 1970’s, including recording two albums and touring with British jazz fusion pioneers Turning Point. He has performed in a wide variety of settings, notably the trio Threedom, with bassist Bill Douglass and drummer Robert Kaufman, the sextet Triceratops, and singer Paula West’s quintet, recording CD’s with each. Also featured soloist on the albums of Vivian Sayles, Tony Adamo, Benny Watson and Peter Zak. He teaches instrumental music for the Oakland Unified School District, directing band programs in three elementary schools. 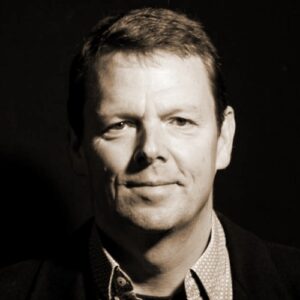 Presented with support from

Photo by Miti on Unsplash

The Sierra Jazz Society is a California 501C3 non profit organization dedicated to Jazz education, presentation and promotion in Nevada County and the surrounding areas.

Nora’s been actively playing and teaching flute for many decades. She says teaching flute is fun and satisfying whether it’s for a beginner or more experienced players, for classical or jazz. Because classical was her first imprinted on her, she knows many ways to transfer skills from one style to another. After receiving both her …

END_OF_DOCUMENT_TOKEN_TO_BE_REPLACED

Send Us a Message:

Photo by Jael Rodriguez on Unsplash