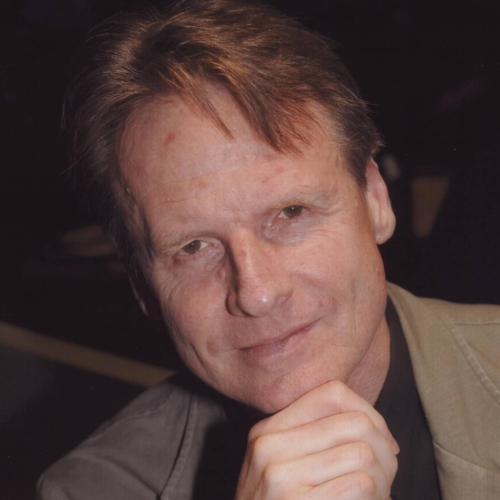 Kit Bailey loves rhythm. Initially drumming in a Scottish bagpipe band at age 11, he subsequently joined school wind ensembles, theater- and ballet pit-orchestras, and symphonic groups, performing with the San Luis Obispo Symphony, Newark-Fremont Philharmonic Society, Santa Barbara Symphony, Music in the Mountains, InConcert Sierra, and Sierra Stages. Drum set being the instrument of choice for big bands, jazz combos, and the occasional rock group, Kit (his nickname long before he could play one) finally got to sit down to play. When he moved in 1988 to Nevada County, with its thriving Congolese and West African dance communities, he was inspired to look “upstream” into African drumming’s influence on North American music (of all varieties), Brazilian percussion, Afro-Caribbean drumming, and even many of the rhythms he first discovered in that bagpipe band. Anyone can play percussion, and every time we play any instrument, we go deeper—endlessly, it seems. Kit looks forward to resuming performing and teaching again, post-pandemic.
Contact Kit regarding lessons at his home studio in the Cement Hill Area of Nevada City.